It's that time of year again!  I'm going to keep a sign up list running here and I'll eventually be able to mark these off as completed here also but will set up individual pages for each challenge as I get going with each individually.

I'm currently involved in these perpetual challenges or projects:

Chronological Stephen King - I started this project in 2007, hit a snag a few years ago, then since 2011 have started each year off with a Stephen King book.  Other than that this is a long-term project with no goals or objectives other than an "I hope to maybe accomplish "this" this year.  This year I will be starting 2013 off with a Richard Bachman book "Roadwork".  I am hoping to read the next 3 books this year since "Roadwork" is short, then comes "Danse Macabre", non-fiction, which I always read alongside a fiction book, and then "Cujo", another short book.  This shouldn't really be any problem.  If I haven't got to it by then I will slate "Cujo" as my Hallowe'en read in October.

Besides reading the books, I also go off on side trips to watch select movies (not all because some of the old ones are pretty dumb) and read graphic novels based on the books I'm reading.  This currently leaves me in the middle of reading "The Stand" graphic novels and I still have "The Stand" mini series to watch, plus I would now like to re-watch Christopher Walken's "Dead Zone" and I suppose I could line up the TV series now too.  I wonder if it would be too intense for my son.


Newbery Challenge (ongoing) - I intend on continuing this never-ending quest to read all the Newbery winners. However this year, unlike last year (and the year before, and the year before), I pledge to read more than just the new winner ;-P
see progress here


Geographical Project - see progress here
"I will make a conscious effort to finish the Canadian provinces this year as every Canadian book I naturally read takes place in the same set of provinces and I only have two left to finish this stage of the project. I should also try and pay better attention to where novels take place, as I seem to have read all the 'popular' places, and most books continue to take place in these same states/countries." This is what I said at the beginning of 2011 and now I finally read one of those provinces, NWT actually.  Leaving me with PEI only, which I do vow to read this year.  My only stipulation is that it will not be an LM Montgomery (too cliche).

I have 9 States left, I'm going to have to look them up to see what I'm missing:
Arkansas
Delaware
Idaho
Kentucky
Montana
Nevada
New Hampshire
Rhode Island
Utah

I'm actively keeping an eye out for unique countries adding 7 new ones last year, but I only added 2 new States so I will have to start looking specifically for the above missing ones now.

The Random Reading Bookshelf Project - Hoping to do better than last year's reading of 4 books and removing 1 of those from the house :-( see progress here)  Cancelled Project

The A-Zed Challenge - progress here.  Did not finish this year; everything but author "X" this time. 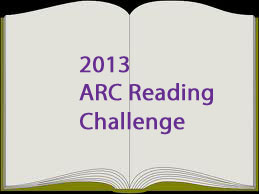 Once again Teddy is hosting the ARC challenge and though I intend on doing more reading of my own books this year that's not going to stop me reading the ARCs that do come in and I'll still be reading from Mt. ARC as well.  Rules are same as usual and I'll be joining the top level of Platinum of 35+ books.  As usual I am self-imposing a 100 pg minimum on the books I include in this challenge. 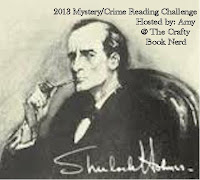 sign up here.  Will have monthly linkies and contests.  I am signing up for 15 books @ Lieutenant level but hope to make it well past that rank.  I usually read a lot of mysteries but last year (2012) didn't read as many as ususal and I miss them.

1. Fatal Friends, Deadly Neighbors and Other True Cases by Ann Rule
2. Rally 'Round the Corpse by Hy Conrad
3. Speaking From Amongst the Bones by Alan Bradley
4. The Wisdom of Father Brown by G.K. Chesterton
5. A Question of Identity by Susan Hill
6. Night's Child by Maureen Jennings
7. The Bedlam Detective by Stephen Gallagher
8. More Twisted: Collected Stories 2 by Jeffery Deaver
9. The Hypnotist by Lars Kepler
10. The Woodshed Mystery by Gertrude Chandler Warner
11. The Nightmare by Lars Kepler
12. Muscle for the Wing by Daniel Woodrell
13. Redemption by Jussi Adler-Olsen
14. The Lighthouse Mystery by Gertrude Chandler Warner
15. The Fire Witness by Lars Kepler
FINISHED - 15 books = Lieutenant 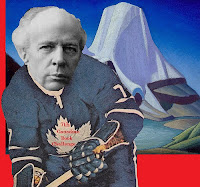 
1. Thieves & Kings, Vol. 6: Apprentices, Part One by Mark Oakley
2. Walter the Farting Dog Goes on a Cruise by William Kotzwinkle, Glenn Murray* (CDN) & Elizabeth Gundy
3. A Journey Through History: A Guide to the Niagara Parkway from Chippawa to Black Creek by Paul Krueger
4. Bobcat and Other Stories by Rebecca Lee
5. A Tap on the Window by Linwood Barclay
6. The Accident by Linwood Barclay
7. Sleeping Funny, stories by Miranda Hill
8. Lost Cause by John Wilson
9. A Trip to the Bottom of the World with Mouse by Frank Viva
10. The Hypnotists by Gordon Kormon
11. MaddAddam by Margaret Atwood
12. Between Heaven and Hell by Eric Waters
13. An Unkindness of Ravens by J.Torres & Faith Erin Hicks
DONE (October 20, 2013)