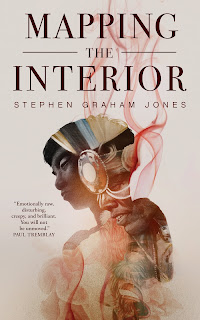 It's hard to give this summary and the one on the back is somewhat misleading. It's also difficult to pin a genre on it. I've gone with either Gothic or Noir. There is a stream of consciousness as a man goes back to when he was twelve years old. What he tells is sketchy. We know some of what he describes is true but how to tell what parts are true and which are the imaginings of a twelve-year-old. The story is sad as he thinks only of the dad who died under mysterious circumstances when he was four and the dysfunctional childhood they had, including a younger brother with fits and mental limitations. The book made me feel sad and melancholy but I can't really tell you what happened.
Labels: gothic Stephen Graham Jones