17. The Shining Girls by Lauren Beukes 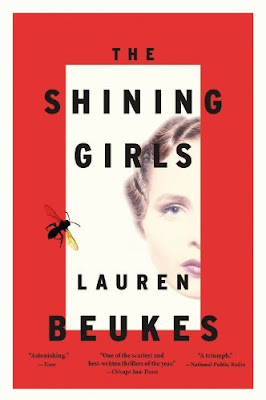 The Shining Girls by Lauren Beukes
My rating: 4 of 5 stars


Not as good as "Broken Monsters" but still a terror-ific thriller/horror which I'd say leans towards magical realism as there is the issue of time travel and a House in which a door opens onto those episodes. However, there is no explanation for this door nor is it treated as anything baffling but simply *is*. Rather experimental in its narrative, the book uses one of my favourite devices of each chapter being told from a different point of view, but add to this the jumping around through time as well. The time period covered is from the early thirties until 1993, at which point there is no further access to time. The plot follows a young woman who was a victim of a serial killer but miraculously survived to be the only one ever to get away from him. A journalist friend joins her in trying to hunt down this madman. On the other side, we follow the serial killer (originally from the 30's) as he jumps to and from various time periods to commit his murders with a distinct MO. The beginning is a little slow as one takes some time to adjust to the different characters, POVs and time periods. Once settled in the read is faster-paced, and completely engaging. I'm impressed with this author and will be continuing to read her other works.