The Road to Jonestown: Jim Jones and Peoples Temple by Jeff Guinn 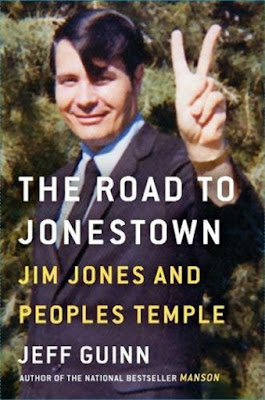 The Road to Jonestown: Jim Jones and Peoples Temple by Jeff Guinn
My rating: 4 of 5 stars


I had previously read Guinn's book on Charles Manson and continue to think it's one of the best books I've read this century. When I saw this new book on Jim Jones, I just knew it was a must-read for me. Jones and Manson are similar in that they were both cult leaders and thought they were God, but the similarity ends there. I really knew little about Jones before reading this book, even though I've seen 2 TV documentaries on him this year alone. Guinn's book delves deep into the person Jones was before he became egomaniacal. This is something mostly left out of his history. I was amazed to find out that he wasn't religious but rather communist, that he was a successful politician early on and did a lot for the poor and ending segregation in Indianapolis. It's hard to say but he did a lot of good in his life. This book is written in an engaging manner and flows like a novel. Guinn unravels the story of a very complicated and delusional man. Finally, he poses the question, was Jones always evil or did he become that way over time? I'm impressed with Guinn as an author and have already ordered his earlier book on Bonnie and Clyde, a subject I am deeply interested in. I'm only giving this a four as I have to compare it to "Manson", which is the better book.