Inspector Flytrap and The Big Deal Mysteries by Tom Angleberger 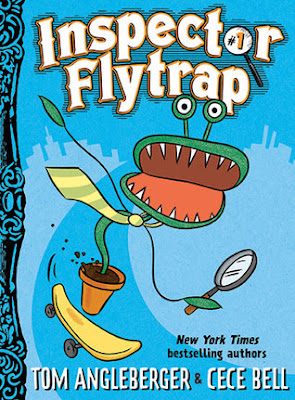 by Tom Angleberger
Illustrated by Cece Bell
My rating: 3 of 5 stars

A cute early chapter book for those ready to move up from easy readers. Very silly stories of a plant, a Venus Flytrap, who is an inspector taking on mysteries for the anthropomorphic neighbours. Flytrap gets around on a skateboard pushed by his assistant, Nina the goat. The mysteries are fun and silly but Flytrap doesn't take on every case he's presented he'll only solve the BIG DEAL mysteries. I liked Flytrap as a character and the art is adorable but the sidekick, Nina the goat was rather annoying. Decent first book for the series.