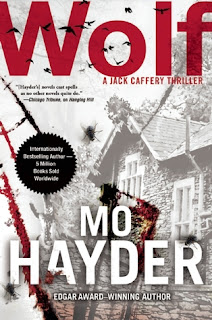 
Fantastic. This book literally had me feeling scared and uneasy from the beginning! A great case that is terrifying for anyone with kids, even grown-up ones. Many issues are resolved.The book starts with the closure of the Misty case which has been going on for several books now. Jack is constantly thinking of his feelings for Flea, but she doesn't make an appearance this time. Instead, Jack meets up with the Walking Man again and this sets him off on the case he eventually becomes involved with. While it has been no secret to the reader for a few books now, Jack finally learns what happened to his brother. As you can probably tell, these books are best read in order as info from previous books is often integral or at least pops up in conversation. This one even has a scene where "Birdman" from the first book is discussed. This one is extremely unsettling and I enjoyed it much more than the last one.