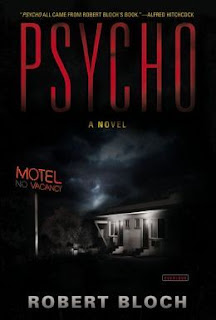 by Robert Bloch
My rating: 3 of 5 stars


I wish I had enjoyed this more. I really tried hard to imagine what it would have been like for the original readers back in 1959, but I am just too familiar with the movie and story for this to have worked for me. In one of those rare cases, the movie follows the book almost exactly so I just couldn't feel the suspense from the novel knowing exactly what was going to happen. There are small differences between the two such as a scene taking place somewhere else and events not quite happening exactly the same way. Two major differences are that Norman Bates in the book is a fat 44yo man! Quite a difference from the scrawny, slightly effeminate Anthony Perkins version. Secondly, the final events of the climax unravel a bit differently, but with the same results. The book and movie even end with the exact same line.

What the book really gave me an appreciation for though is the current show I've been watching, "Bates Motel". The dialogue between Norman and his mother in the TV show is much more like the book's, more nasty and sexual than in the Hitchcock movie.

This is well-written though and I've read a lot of Bloch's short stories to appreciate him as a suspense writer. I just think the book is going impress people who are much less familiar with the plot than I. I do envy someone reading the book before seeing the movie.