Alfred Hitchcock and the Making of Psycho by Stephen Rebello 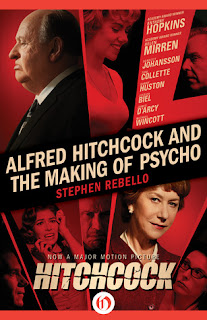 Alfred Hitchcock and the Making of Psycho

by Stephen Rebello
My rating: 5 of 5 stars


I'm a huge fan of Alfred Hitchcock and "Psycho" is one of my favourite of his movies. I've just finished reading Robert Bloch's book and re-watching the original movie to prime myself for reading this account of "the making of" Psycho. An excellent book for the initiated! This takes us from an account of Ed Gein, the depraved killer and grave robber, which inspired Bloch for his book, then to an accounting of Bloch's writing of the book from idea to after publication. Then this book settles into telling the whole story behind how "Psycho" was filmed, publicised and its final legacy. Rebello's book gives away all plot points for the book and movie and really would be of little interest to someone who is not familiar with either. Make no mistake this book is about how the film was made, *not* about Hitchcock himself or any of the personalities involved. The biographical material included is only what is needed to properly tell the story. I learned so much reading this book and found it extremely informative and entertaining. The next time I watch the movie I will be watching it with fresh eyes looking for and thinking about what I learned from this book. There are no pictures but I found myself reading with Google Images open beside me. When the first edition of the book was mentioned I needed to see that, when the first ever risque movie production advertisements were mentioned I hurried to find pictures of them. When the enticing theatrical trailer was described I had to watch it! When Hitchcock's cameo and Ted Knight's role as "man by door" were mentioned I quickly watched those video clips. I could go on and on! A true book for the movie connoisseur.

PS: I have not seen the recent "Hitchcock" movie with Helen Mirren of which this kindle edition has a movie tie-in cover but I imagine that movie is hardly representative of the book for the mere fact that Alma Hitchcock is only mentioned twice in the book. Once standing near a closed door and second on a rare public appearance with Alfred at an event. That said there is quite a bit of information on their daughter, Patricia, who is incredibly still alive at the time of this review.