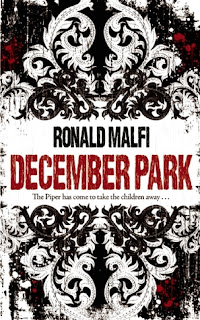 by Ronald Malfi
My rating: 3 of 5 stars


This is a hard book for me to review; I was under the impression it was a horror. It most certainly is not. As I read I came to think it was a thriller, but it hardly is that either. It defies my definition of any genre and yet I liked the book, very much. More than anything it is a coming of age story, five boys on the cusp of manhood in the early 1990s, set against the backdrop of their town being gripped by fear from a rash of disappearing young teens. The boys become obsessed with finding out who is responsible. The papers have nicknamed the perpetrator "The Piper" and while no bodies are found it's assumed there is a serial killer on the loose. So, the boys spend the summer finding a couple of clues, hanging out in the park which has been deemed a "no go" area by the authorities and travelling all over town on their bikes exploring old abandoned places they haven't visited since they were kids, or ever. The story is more about the boys, this last summer together (though they don't know it), getting to know them, their camaraderie. They are the only friends each other has, mostly, they are not toughs but they smoke and don't do well at school, not really belonging to any clique other than each other. I really enjoyed the story in a "Stand By Me" kind of way, the creepy background gives it some suspense and there are a few intense moments but nothing really ever happens until the final pages for a book with over 600 pages. The ending is a rush, a twist, a surprise, and wrapped up somewhat too neatly with some questions never answered. So not a wholly satisfying ending, and yet in the grand scheme, I felt the boys' relationship was the main theme and that did end satisfyingly and bittersweet. If I'd known from the outset I was reading a coming of age story, and hadn't been expecting horror or thriller, I'd have rated the book higher.