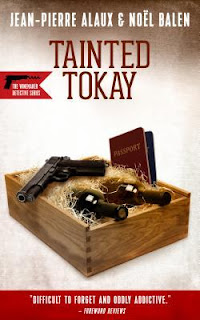 by Jean-Pierre Alaux
My rating: 5 of 5 stars


Perfect as always! This series is always fresh, bringing us something new and different each time. Book 11 features Alexandre as a main character! She's been a member of Benjamin's staff since book 1 but has only ever been mentioned or appeared in a few scenes the entire series. This story has two concurrent plots and one of them featuring her and Virgile! Meanwhile, something completely different is in store for Benjamin with the introduction of some international intrigue as he and his wife take a trip to Hungary and get mixed up with a gang of identity thieves. I really had a blast with this volume in the series and found the information on the Hungarian desert wine, Tokay, fascinating. My favourite cozy mystery series.