There Was an Old Woman by Hallie Ephron 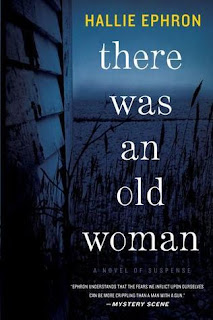 There Was an Old Woman

by Hallie Ephron
My rating: 4 of 5 stars


An intriguing mystery with well-developed characters. I almost want to call this a cozy but it isn't, not quite. The mystery was pretty easy to unravel but I found myself interested in the characters, especially the relationship between the sisters and their mother. As well as the side story of their aging neighbour. History plays a major theme throughout in many roles as main character Evie is an historical preservationist by trade and finds past places and stories crossing her path as she tries to deal with her mother's sudden terminal illness, perhaps murder. Not a thriller by any means but a pleasant page-turner, nonetheless. I'd certainly read the author again.