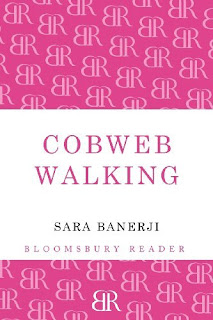 by Sara Banerji
My rating: 5 of 5 stars


I've read one other book by this author and I feel like I've stumbled upon a hidden gem. There are currently no reviews for this book on either Librarything or Goodreads and only one on Amazon but I haven't read it. I feel intimidated to be putting my paltry so-called review out there alone. This book defies genre but is imbued with magical realism throughout. One cannot offer up a summary as this is a short book, an odd tale that defies summing up without giving away the secrets. While the story is entirely realistic, it is told by a seventeen-year-old female dwarf who lives in a fairy tale world which as just been shattered by a bomb. Her real name is Morgan but her Daddy calls her Fairy. She can walk on cobwebs and leaves no footprints in the snow yet now for the first time ever she is by herself lost in the "city" and people are staring at her, children point and one even asked its mother if she were real. Something terrible has happened, more terrible than the bomb; we need to find out what Morgan's secret is. This is beautifully written and mesmerizing. Such an odd story, yet compelling. I can't say anything else without giving the story away, but, in the end, I was of two minds. One half of me felt sorry for Morgan; that she had been raised too over-protected while the other half was jealous that she was allowed to live in such a special fairytale world before she had to come of age, as we all must eventually.