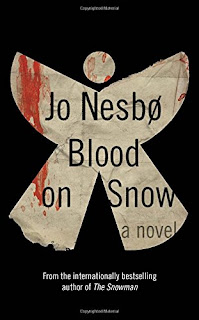 Something a little different from Jo Nesbo. I'm tempted to call this a novella since it's so much slimmer in length than Nesbo's other works but there are legitimate novels of 200 pages without needing to throw the term novella at them. This is pure crime noir. Set in the Norwegian underworld of drugs and prostitution. That's the background for our protagonist, a genuine anti-hero, who is a Fixer (a hitman) for one of the two heroin "bosses" who'd like complete control of this area. We meet Olav on the job. He's been hired to take out his boss's wife as she has been cheating on him. Obviously, things don't go smoothly on this hit, so there's your plot. But mostly this is a study of Olav. We learn about him. He's not a nice guy, he's done a lot of bad things and would continue to do so. We see he has a conscience about a few things, so he has some humanity. But why these things? They end up getting him in trouble. He's not a likeable character though the author is trying to make us feel that he's not all bad so perhaps we may like him? I can't fall for it, though. Nobody is *all* bad, I suppose Ted Bundy and Adolf Hitler weren't *all* bad but that doesn't mean I'm going to like them because they had remorse once. The book has two endings giving us two different outcomes; obviously, only one is real and the other is a character's imagination. I was a bit confused by this at first but after a good think, I understood what happened. Certainly readable, and I can see this making a good movie, but very different from Nesbo's other work. Don't read this first and judge him by it! 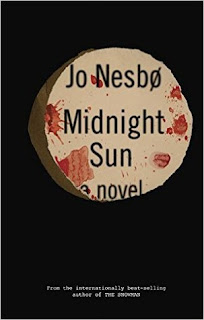 
I liked this one much better than "Blood on Snow". It stars a minor character from the first book and is a sequel in that it takes place right after the events of the previous book, but parts of it take place concurrently with "Blood" during flashbacks of his life. Ulf is on the run from the Fisherman; he leaves the scene from which the last book ends, and he decides to travel as far north as he can ending up in the North Pole in a tiny village in an area of Lapland with the Samis and a very strict sect of Lutherans. The book is firstly a character study of Ulf, who accidentally got caught up with crime in Norway under false pretentions and hasn't done anything illegal except sell hash and steal money from the Fisherman because he was desperate for personal reasons. He is basically not a bad guy and found relief in this harsh land. He meets all sorts of characters here, including a very religious woman; the crime family tracks him down and things get pretty intense and dark. I didn't like any of the religious themes, and there was a lot. The Christians were so full of Old Testament brimstone they couldn't see any light and the atheist had so many misconceptions and believed downright untruths he didn't know what he was talking about so I ended up rolling my eyes a lot at both character's viewpoints. I also thought the ending was a bit too quick to wrap things up nicely. However, I still liked it pretty well, for a dark thriller of a hunted man.