A Place in Time by C.A. Hocking 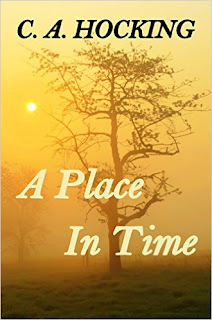 A Place in Time


Written by an Australian writer, this little crime novel surprised me to be much more than I had expected. A 40-year-old man suffers depression every year on his birthday since he witnessed his father's murder by a stranger when he was 11 years old. Now living in England, after much therapy and having the financial means he and his mum go back to Australia, to the scene to either jog his memory or at least put the past to rest. A well-written and engrossing read. Not what I had expected as it ventures off into a realm of magical realism which must be worked out as the story progresses. If you like your crimes to take place fully in the real world, this won't be for you. Otherwise, it is an intriguing look at when powerful emotions collide in space and time. Whether the story involves time travel or something more mystical it is a lovely story of a family, mother and son, rescued from a life of abuse. Lovely writing. I'd certainly try the author again.