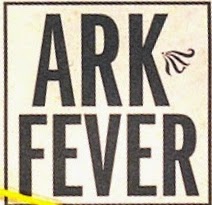 This is my updated ARC list for 2016. I did fantastic last year in keeping up with all incoming arcs. I only had three actual requests that didn't get read, then some mangas piled up when I had to rush out to Calgary when my dad had a stroke in November.  Then, of course, I was bombarded with graphic novels for the Cybils judging. Towards the end, my reading was geared towards our discussions so I still have plenty left that I'm looking forward to. 2012 is the last year on my list with a bad backlog; I've been keeping things under control since then. So we'll see what I can do with those and my plan is to eliminate the Library Thing backlog this year.  That is why I've separated them out prior to this year.


Library Thing 2011-2015
1. Miracleville by Monique Polak
2. Bound by Antonya Nelson
3. A Mind of Winter by Shira Nayman
4. December Park by Ronald Malfi
5. Millhouse by Natale Ghent
6. We are all Made of Molecules by Susin Nielson
7. Shattered Glass by Teresa Toten
8. Milwaukee Mayhem: Murder and Mystery in the Cream City's First Century by Matthew J. Prigge

2012
9. The Intercept by Dick Wolf
10. Five Farthings by Monica Redich
11. The Adventures of Jewell Cardwell: Hydra's Nest by Fumi Hancock
12. Don't Feed the Boy by Irene Latham
13. Watching Jimmy by Nancy Harty
14. A Note From An Old Acquaintance by Bill Walker
15. Kepler's Dream by Juliet Bell
16. Somebody Please Tell Me Who I Am by Harry Mazer
17. The Dressmaker by Kate Alcott
18. Vincent Shadow: The Top Secret Toys by Tim Kehoe
19. Beyonders #2: Seeds of Rebellion by Brandom Mull
20. The Inquisitor by Mark Allan Smith
21. The Space Mission Adventure by Sharon M. Draper
22. I Hunt Killers by Barry Lyga
23. Leaving Fishers by Margaret Peterson Haddix
24. Black Heart by Holly Black
25. The Red House by Mark Haddon
26. The Opposite of Tidy by Carrie Mac
27. Heroes of Olympus by Philip Freeman; adapted by Laurie Calkhoven
28. The Sanctuary by Ted Dekker
29. Brachman's Underworld by Vlad Vaslyn
30. No Safety in Numbers by Dayna Lorentz
31. Zoe Letting Go by Nora Price
32. Three Times Lucky by Sheila Turnage
33. Home by Toni Morrison
34. Anteater-Boy by Dean Ammerman
35. XO by Jeffrey Deaver
36. Unconquered: The Saga of Cousins Jerry Lee Lewis, Jimmy Swaggart, and Mickey Gilley by J.D. Davis
37. Hocus Pocus Hotel by Michael Dahl
38. The Gods of Gotham by Lyndsay Faye
39. The Chaperone by Laura Moriarty
40. The Forsaken by Lisa M. Stasse
41. Long Lankin by Lindey Barraclough
42. The Painted Bridge by Wendy Wallace
43. The Pleasures of Men by Kate Williams
44. Toby's Room by Pat Barker
45. Lot's Return to Sodom by Sandra Brannan
46. Widow's Might by Sandra Brannan
47. The Reluctant Journal of Henry K. Larsen by Susan Nielsen
48. Genocidal Organ by Project Itoh
49. Gold Mountain Blues by Ling Zhang
50. The Map of Time by Felix J. Palma
51. The Map of the Sky by Felix J. Palma
52. Midwinter Blood by Mons Kallentoft
53. Istanbul Passage by Joseph Kanon
54. The Black Heart Crypt by Christ Grabenstein
55. Bones are Forever by Kathy Reichs
56. The Cavendish Home for Boys and Girls by Claire Legraand
57. The Talk-Funny Girl by Roland Merullo
58. Miss Dreamsville and the Collier County Women's Literary Society by Amy Hill Hearth
59. Bookweirdest by Paul Glennon
60. The Twelve by Justin Cronin
2013
61. Buried Prey by John Sandford
62. The S-Word by Chelsea Pitcher
63. Far Far Away by Tom MacNeal
64. Vortex by S.J. Kincaid
65. The Color of Rain by Cori McCarthy
66. The Tilted World by Tom Franklin &
67. These Fragile Things by Jane Davis
68. Someone Else's Love Story by Joshilyn Jackson
69. Songs of the Willow Frost by Jamie Ford
70. The Magical Fruit by Jo Nesbo
71. The Tree of Story by Thomas Wharton
72. The All-Girl Filling Station's Last Reunion by Fannie Flagg
73. Wise Acres by Dale E. Basye
2014
74. Red Rising by Pierce Brown75. Benjamin West and His Cat Grimalkin by Marguerite Henry76. The Belief in Angels by J. Dylan Yates77. Middle School: Ultimate Showdown by James Patterson78. Battle Royale by Koushun Takami 79. Kiss Me First by Lottie Moggach80. The Confabulist by Steven Galloway81. Noggin by John Corey Whaley82. Middle School: Save Rafe! by James Patterson & Chris Tebbetts83. 2 A.M. at the Cat's Pajama's by Marie-Helene Bertino84. The Sandman by Lars Kepler85. The Broken Hours by Jacqueline Baker86. The Map to Everywhere by Carrie Ryan and John Parke Davis87. The Darkest Part of the Forest by Holly Black88. A.D. 30 by Ted Dekker89. The Job by Janet Evanovich & Lee Goldberg90. Motherless by Erin Healy91. The Strange Library by Haruki Murakami92. Avatar: The Last Airbender - The Rift Part 1 by Gene Luen Yang93. The Sixth Gun Dlx Ed Volume 1 HC by Cullen Bunn