Calls Across the Pacific by Zoë S. Roy 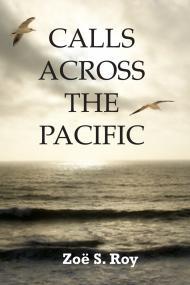 Calls Across the Pacific


A brilliant historical fiction set in the 1970s of a young woman who escaped Maoist China to freedom via Hong Kong to the US and finally comes to rest in Canada. But she doesn't find her final rest until she is able to go back and find out what happened to those she left behind, which she is able to do in the days leading up to the death of Chairman Mao. The story flashes between the present 1970s and the early 1960s when Nina's family was persecuted by the Mao regime and she herself was at first a Red Guard before being shamed for her parent's crimes and sent to a re-education camp. Takes a good look at the travesties inflicted on the people of any ilk under Mao's regime and Nina through her research on political science and a book she is writing brings both the political system and capitalism vs communism under the lens of an inquiring mind. The writer leads us through the people of China, showing that revolutions don't always end with the people as victors. Communism uses the people as a tool and leaves the people questioning why nothing gets any better. I found the book a quick read and enjoyed Nina as a character, at times the book even veered off into romance mode, but not too much :-) We are left with the people of China, especially the students, hoping the death of Mao now means some Western reform will come, some freedoms of thought and speech. It's a happy place to leave the people. Unfortunately, it wasn't to be and an author's note on the continued persecution of political crimes, human right's violations, the violent student uprising at Tiananmen Square, etc. would have been appropriate. But nonetheless, a lovely story. Roy's writing flows beautifully and I've enjoyed every one of her books to date.