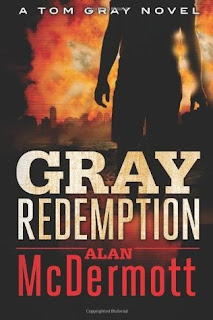 by Alan McDermott
My rating: 4 of 5 stars


Another adrenaline-pumping political thriller in the Tom Gray series. All the familiar characters that we love (and hate) are back again as the action moves from the Philippines to the UK. I don't usually read much in this genre, but I love this series and found this book just as good as I had anticipated. Full of action from beginning to end, if anything the only problem with this entry would be that there are too many things going on at once but McDermott manages to keep the plot tight and ties everything together at the end. Not exactly a cliff-hanger, but this volume does end on an intake of breath letting us know there will be another volume which I do already have and am looking forward to reading in the near future. A great series for those looking for an adrenaline rush and modern day intrigue.