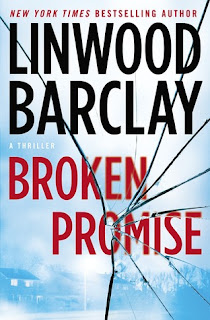 by Linwood Barclay
My rating: 3 of 5 stars


I've read all Barclay's books by this point and have to say, unfortunately, this is not his best. The first half was great, with lots going on, a murder, weird things and kept me turning the pages. Then a point came when I had an "Aha" moment and came up with a scenario that would explain the major case of the book and the way things worked out I was right. That's ok, I often do figure things out, but there were so many other story arcs going on that I couldn't place how they would fit that I was eager to see how it all came together in the end. Then the book ended!! The next page told me to read the *next* book *next* year for the continuing story. WTF? Barclay doesn't write series! I had no idea this book had no ending and was majorly pissed off. There is a lot going on here and yes, I want to see what happens next so yes, I will be reading the next book. However, the publisher did Barclay's fans a BIG disservice by not putting on the cover something to the effect of "First in new series by Linwood Barclay" to give us a head's up that this would not be a stand-alone like every other one of his books.