Crime Seen: Stories from Behind the Yellow Tape, From Patrol Cop to Profiler by Kate Lines 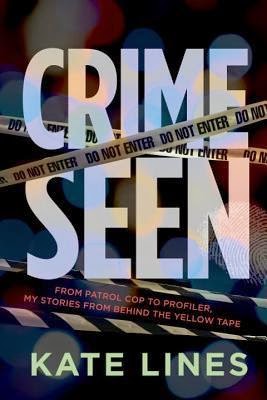 Crime Seen: Stories from Behind the Yellow Tape, From Patrol Cop to Profiler by Kate Lines
My rating: 3 of 5 stars

Kate Lines was the second Canadian and first Canadian woman to complete the FBI's criminal profiling course at Quantico. She started her career with the police force as a traffic cop, moved up into undercover vice, then became a detective and rose to higher positions of authority once she became a leader in profiling in Canada. She is much decorated and honoured in the profession and this is her personal story up to the present. What drew me to reading this memoir was, of course, the profiling aspect due to my interest in that field, however, the best part of the book was the first half. Kate starts off briefly with her childhood and upbringing to how her interest in police work began. Her days of training and becoming a cop follow with details of her work as a traffic cop and undercover "narc" working in the high-risk area of biker gangs. Surprisingly, I found this part terribly interesting especially finding out how the Canadian system works. (So much of what is written is from an American perspective) I thought the really good part would start once she went to Quantico and her ten months there were quite interesting but not very detailed. The rest of the book was rather disappointing as she describes profiler work matter of factly, insistently tells the reader how unlike the TV shows it is, and even though she goes over a few high profile cases including Paul Bernardo and Colonel Russell Williams they are the most boring retellings of those crimes I've ever read. Lines also has an annoying habit of taking time out to praise the police force and pat her colleagues and the entire force on the back that it made me roll my eyes and think "save it for the acknowledgements!". This back patting was an obvious strike at public image control for the police in general. So while the book wasn't as good as I'd hoped for, the writing style not overly engaging, and the author's voice on the annoying side; I did enjoy learning how these things are done in Canada and especially hearing the story of her early days as a woman in the police force. Lines is now retired and works as a private detective and consultant.