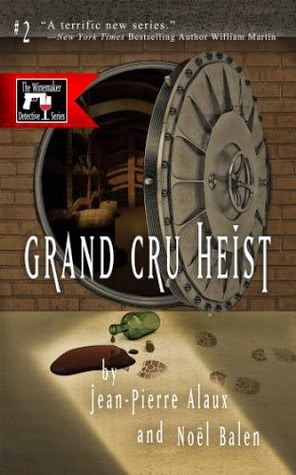 This is the second book in a series, I haven't read the first but it was easy to jump in at this point and as far as I could tell no previous mention of the last case was mentioned with the characters being introduced very well. A few others were spoken of but never actually appeared causing me to think they might have been in the first book. I'm not much on cozy mysteries unless they are golden age British ones, but this absolutely delighted me. A very light-hearted, fast read but completely compelling. I loved the main character and his assistant! The mystery isn't exactly the most involved or that hard to figure out but it is a charming read. The atmosphere of this book and the whole series is wine country, wine connoisseurs, cigars and, fine French dining. I'm not a foodie, but I live in wine country myself (Niagara Valley), my husband works in the industry, I love wine and loved being immersed in the exciting French side of it all. I don't smoke but all the talk of cigars made me imagine them being as exquisite as wine. I read the book in one sitting really surprising myself as I thought this might just be a trifle. However, I adored the characters, the atmosphere and the light mystery. Will certainly continue on with the series!