The Hellbound Heart by Clive Barker 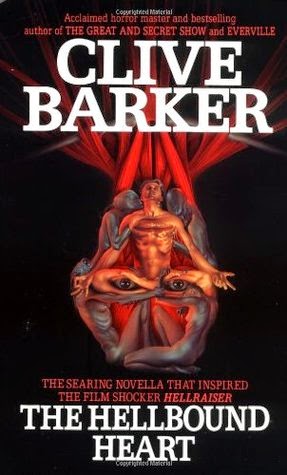 The Hellbound Heart by Clive Barker
My rating: 2 of 5 stars

I was addicted to watching the movie "Hell Raiser" when I was a young teen, watching it a multitude of times; the sequels never did anything for me, but the original just really captured my imagination. It was the Cenobites, of course, that intrigued me. I don't think I ever really understood the meaning of anything. So anyway, I've wanted to read the original novella ever since then. Unfortunately, I wasn't impressed. The Cenobites play a minor role, there is no character development in the "good guys" though you are made to really dislike the "bad guys". The overall theme is sensual pleasure to a debaucherous level that turns into the utmost degraded sadism possible. It is, after all, a horror story. Even with this theme though there is no sex and I didn't find the story gross or scary or even all that macabre in the end. It's pretty tame by today's standards, a very quick read that bordered on boring.