The Autobiography of Jessie H. Pomeroy, Written by Himself, 1875 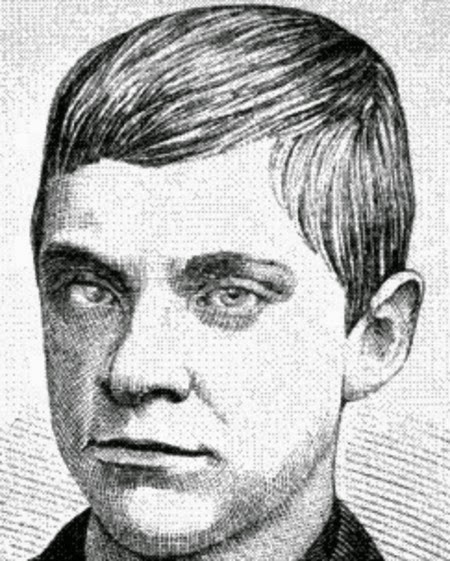 After reading "The Wilderness of Ruin: A Tale of Madness, Fire, and the Hunt for America's Youngest Serial Killer" by Rosanne Montillo, I quickly found an ecopy of this public domain document. Originally published over two issues with illustrations in the "Boston Sunday Times", shortly after his guilty verdict and sentenced to hang, the then 16yo Pomeroy wrote this book (long article) whose main purpose is to plead for his sentence to be commuted to life (or even thrown out). He regales us with all the evidence and counter-evidence so to say that he did not commit these crimes, but if he did he was insane. After reading Montillo's book, which uses this document as a source several times I knew the whole story and found this first-hand account of Jesse's fascinating. Montillo's conclusions, through extensive research of the past and with current criminal psychopathologists, resolves that Jessie Pomeroy was a casebook psychopath. For someone with very little schooling, though a self-read person, his writing is highly articulate, verbose and logical. His reasoning skills are fascinating to watch in action as he counteracts all the circumstantial evidence against himself. He does outright lie at certain times, fails to mention his own childhood abuse and fixates heavily on the string on tortures he was incarcerated for as a youth which he now claims he is innocent of despite the fact he made no protestations against when caught at the time. I won't go into the case, as one should read about it first before reading this little historical gem, but it proves insightful reading for one today. Jesse comes across as egotistic, highly intelligent, a pleaser (if there is something in it for him), someone who wants to be liked, admittedly has no empathy, and also admittedly is a schemer. I think some people would have found him to be quite charming while others would have found him unsettling to be around. There is no doubt that Jessie tortured the nine or so little boys when he was 14 and incarcerated in a home for boys, there is also very little doubt that he murdered four-year-old Horace Millen whom he was convicted of murdering and sentenced to hang. However, he is also convicted of the murder of 11yo Katie Curran, there are strange circumstances around both her death and the finding of the body which intrigue me. After having read Ms. Monitllo's book and Jesse's own words here, I find myself amateur sleuthing and wonder if he was indeed guilty of this crime. Regardless of the mysterious findings which Montillo was only able to briefly put aside with modern scientific suggestions while quickly moving on, there is the strong fact that Katie was an 11yo girl and as Jessie states in his own autobiography he was only interested in little boys! Jessie did not sexually attack any of his victims but it is presumed he received sexual pleasure from the sadist nature of his attacks and as we know from modern psychology these kinds of psychopathic criminals usually have a "type" and hardly veer away from it. Katie Curran stands out to me, as being mistyped a Jessie Pomeroy victim. If you read either Montillo's book or "Fiend" by Harold Schector, I'd certainly encourage getting right into the thick of things yourself and giving this contemporary prime document a read.