Forsaking Home by A. American 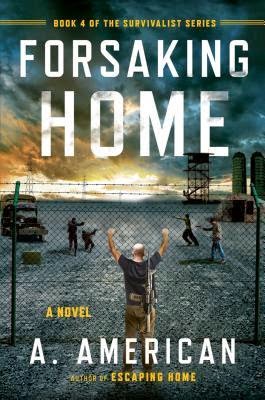 Forsaking Home by A. American


I love this series and book 4 was just as much of a pleasure as I was expecting. The writing has improved as the series progressed; and while I loved the action-packed gung-ho attitude of the first two books, at this point there is a lot more character development, personal interaction and emotional experiences between the characters. All the characters from previous books are present here (the ones who've made it alive to this point LOL) and I felt right at home with this motley crew of army men, survivalists, male and female, along with a few of their teens and children. There is a culmination of the plot that has been driving the series all along and the book finishes up on a satisfactory note that feels like the end as we imagine these people going on to live in and shape this new world they are now a part of. I'd be satisfied with this as an ending, but I know a fifth book has come out and I'll have to read that soon. Great series for people who like eotwawi, survivalist or gung-ho fiction.