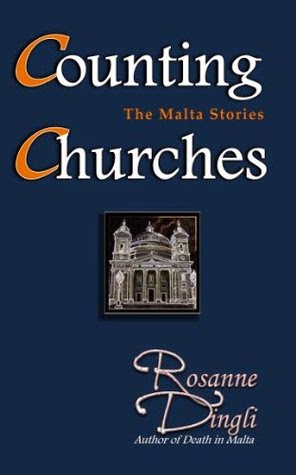 
This collection of short stories just barely reaches a three for me as the author's writing style and subject are just not what I'm after as a reader. I was interested in the book to start with as I like books set in exotic locations and knew nothing of Malta previously plus I'm an avid short story reader. The author is a fine writer; her writing is serene, haunting and lyrical. But the tales are mostly descriptive and telling with often no pretense of even a plot or only a small incidental one. When the stories are describing all that is seen, heard and smelled they tend towards character studies, which I am generally fond of, however these characters are quiet ones going about their quotidian lives. Then most stories, until the last few, would suddenly end, abruptly, out of the blue. As I said, they just were not for me, not my type of literature, but I do not knock the writing as a whole, finding it very lyrical and could certainly see this having fans with differing tastes than mine.

1. The Pomegranate Tree (1994) - Hmm. A very descriptive story: the old generational house, the rain storm, the garden, the tree. I don't like descriptive paragraphs unless they add atmosphere to a plot. So I kind of lazed my way through this. I figured one of two things was going to happen as the women remembered and described. When a whiff of smoke touches a light, I knew which of my choices was the direction the story would go. Not too much into it, but did like the abrupt ending which leaves one wondering more about the narrator. (3/5)

2. Katie's Hair (2011) - Very sad tale of spousal abuse, involving a Maltese village woman who is a live-in maid in town and returns to her village occasionally for two-day visits. Started off boring, but got my attention at a certain point and turned tragic. (3/5)

3. The Summer Man (1994) - Maria lived in the saltpans and is from the Salini family who have worked the saltpans from what seems to be time immemorial. This story is Maria's thoughts as she looks back at that time and when she left. Very slow and meandering. (2/5)

4. Hymn (1994) - This is the first story in the collection that I fell into right away. Two sisters, one presumes are spinsters, have attended a funeral for their lodger and start discussing her; they had known her as a child at boarding school. Information is imparted slowly through the story. It's mostly a character study with a hint of plot, but quite haunting. It did end too abruptly for me though. (4/5)

5. The Most Fortunate Children (1995) - This story has a subheading so we go into it with some idea as to what is to come:"World War II in Malta -- an unforeseeable end". It's early days of the war and a family along with many others take refuge in the Marquis palace. Enjoyable enough story, but again an abrupt ending, but this time I didn't really 'get" it. (3/5)

6. The Girl Who Danced on Flowers (2011) - A girl narrates a specific time when she would visit her grandparents for the summer but as she does, she also describes what these visits are typically like. She is set a task while she is reminiscing and the ending shows her mind has wandered. A quiet but lyrical story. I enjoyed the love of family and Catholicity in this one especially. (4/5)

A note: at this point I can say I've become familiar with the author's style and now know what to expect from these stories. There usually isn't a real plot but more of a character study often with abrupt endings.

7. Pilgrimage (1993) - An Australian man's mother dies (or at least is in final stages of dementia) so he goes back to her homeland of Malta which she left when he was 4 months old. A description of the land as his mother told him and as he found it. No plot. Very description, hence not my thing. (2/5)

8. Rosaria's Dowry (2011) - This is the longest story at this point. I really don't know what to make of it. I hated the main character, but I have a feeling she is supposed to be admired from a feminist pov. As a youngster and young woman she is always saying she won't marry as it is assumed she will. As her aunt gets older the question rises more and more and Rosario now insists she will never marry or have children. The aunt dies and it turns out Rosario has been a shrewd business woman making herself quite rich. But then her feelings and driving forces turn out to be greed for material things and hatred of men in general. I found her to be a vile person and this a pointless story. Gets points for being well-written and not full of description like previous stories. (3/5)

9. Tickets to Malta (1992) - um ... a guy talks about how boring and comfortable his relationship is as he describes his hometown in Malta where they are going on a trip. Short, descriptive and boring. (1/5)

10.The Mother (2011) - This one was quite to my liking and much more to my tastes. A mysterious episode where a young journalist visits an older man with a past which we are never made clear about. It involves death, a woman, an assassination, this man was involved in a murder, but never charged with anything. He gives her cryptic answers and sends her off to his nonagenarian mother who is still mentally sharp. She's given answers but in the end finds them just as cryptic and the story does again end with this author's signature abrupt ending. (4/5)

11. The Glass Paperweight (2011) - A totally engaging story which I thoroughly enjoyed from start to finish. The first I really appreciated in this collection. The paperweight is a symbol within the story which tells the story of a man's life from childhood. His mother dies shortly after his birth, he is raised by his grandparents and while making some independent choices of his own ends up leading a life more chosen for him than the one he wanted. At the end, we find out how he became a happy man. I appreciated the story's satisfying, finite ending and the message conveyed. a gem amongst the more mundane stories in this collection. (5/5)

12. Counting Churches (1994) - A gentle story and not one that calls out to be the titular one either. Short and simple, a woman on vacation, alone, in Malta, spends her time walking around and crossing paths with the churches. She attends Mass, thinks about Saints and ends up counting the churches. The ending has a slight nod toward the divine. This story does nicely round out the others as it concentrates on the slight, brief, lingering Catholicity nestled in the background of all the other stories in the collection, therefore making its placement at the end of the book a wise editorial choice. I've come to think through these stories that Malta is a cultural rich Catholic country though I am only going from my perceptions from these stories. Will have to google that when I've finished. (3/5)

13. Correspondence (2011) - I was interrupted a few times during this story so lost the flow, but it wasn't really holding my attention all that much anyway. Letters and glimpses back to a mystery, series of mysteries in the narrator's life that become clear by the end. (2/5)