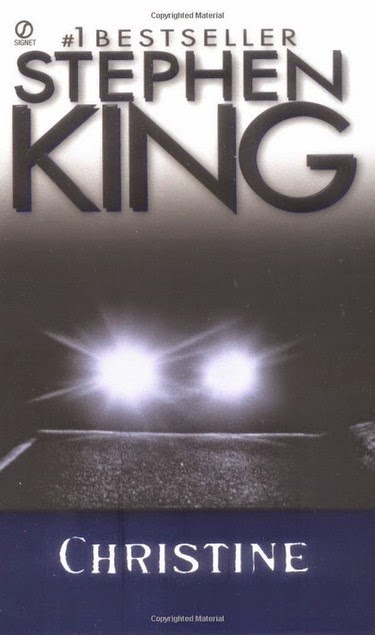 I've been re-reading King's works for the last several years now. The last few books were not horror stories so I was looking forward to getting back to the genre with this one. However, "Christine" is about on par with "Firestarter" with me. The book drags on as the entire first half is set-up. It is not until about page 250 that anyone gets killed. There is a limited number of characters here for such a hefty book; I much prefer when King carries a large cast as in Salem's Lot or The Shining as he is a master at weaving their stories together. Christine spends so much time droning on about the few characters involved that I actually didn't care for any of them deeply. I had no real liking for anyone; they could have all died and I wouldn't have been surprised and Christine/Roland D. LeBay didn't instill any terror in me as the villain. Nothing of particular note stands out in this one for me. It was readable but too slow and drawn out for my tastes. The ending to this book though is different from previous ones to this point as while there is a finite ending, much more so than ever before there is a real impression that the evil still exists and more of the story is out there to be told.

I always look for connections while reading with King's multiverse, but didn't find anything related to previous books here.
Labels: 1983 horror paranormal