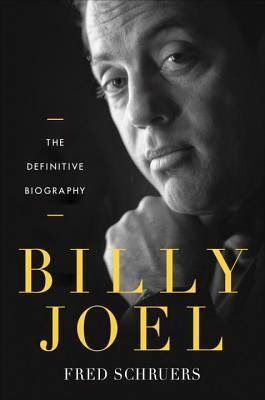 This is a good biography of Joel and in a way can be likened to an autobiography as it is mostly told in direct quotes from Joel himself. The story is that Billy was working on his biography and at a certain point handed the material and job over to Schruers, his official biographer. Thus, this is a pro-Joel book and not the place to be if you are looking for the "dirt" or trash-talking. I found the beginning and ending of the book very good but the middle dragged. Upon starting I was fascinated to find myself reading a thrilling Holocaust survival story as Billy Joel's family history is told. I hadn't expected this! I didn't even know he was Jewish, for some reason I thought he was Italian. LOL. The early days, and story right up to the early years of his marriage to Christie Brinkley was an interesting story for me. I was actually captivated as the book really centred on the industry and told Joel's life through his songs which are all very autobiographical. I've read several books about rock stars, but this is the first one that has ever seriously been about the industry itself. Then Billy becomes involved in legal issues with his (ex)manager and counter suits, etc. etc. plus he stops writing and this part of the book was very slow going for me and I waded through it hoping I'd get interested again. Which I did when Joel reaches more modern times post 9/11 and his career is revitalized. Now the impact of his music, his legendary status as a songwriter and his continued success as a performer and speaker take us up to the present. The book doesn't hold back on controversial subjects (his alcoholism, rocky friendship with Elton John, etc) but Joel speaks of them bluntly, of where he is with them now, not lingering on the demons or heartaches. This is his general approach to life and a theme throughout the book. I recommend this biography if you want to know more about Billy Joel's music, the man who wrote the songs and why, the type of life he lived and where he is now, in mind and body. I don't recommend if you are looking for the juicy stuff about Joel's demons, his alcoholism, who he slept with etc, it's just not that type of book.