Escaping Home by A. American 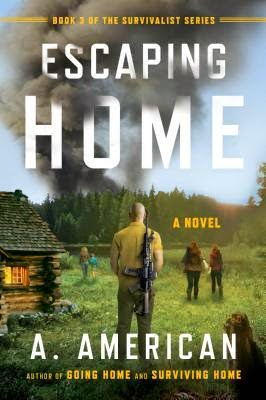 Escaping Home by A. American

I so enjoyed getting back to these characters and this story. I had a hard time deciding between 3 or 4 stars but this one was not quite up to the level of the first two so my rating dropped to a 3 but I still enjoyed it in a different way than the others. All our regular gang are still here, though still not back together. Things switch between the guys & family, then we see what Jess is up to. This volume is not as action-happy as the previous two, there is still plenty of shoot 'em ups but there are definitely less than the norm. This left some periods where the story was all about talking about the next scheme or waiting for an episode to happen. What I can say though, is that this volume certainly improves on the character development of nearly every one of the major players. Thad had already been the most developed character and Morg too but we get to see a different side of Morg as he interacts with his family and we learn the different personalities of his three daughters. The soldier guys are all developed much further as well. I've really come to like this hodge-podge group of rough 'n' tough alpha males! The only one whose development was left out was Jeff. He's always there but I had to wrack my brain to recall how he came to be with these folks in the first place. Anyway great, fun series for those who like survivalationist themes.

View all my reviews