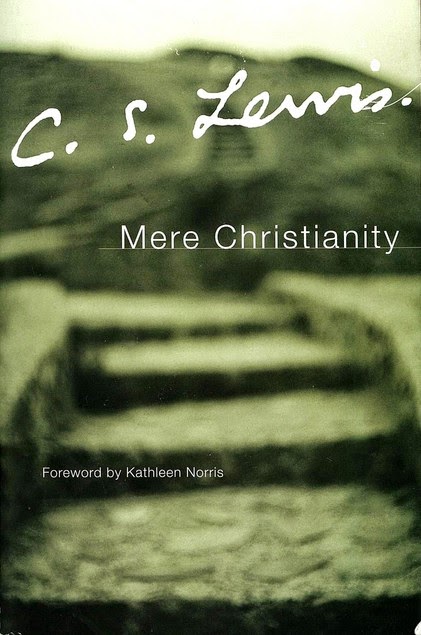 
Where do I even start. I haven't read any of Lewis' non-fiction before though I've wanted to for ages. I'm so glad I chose this as my first one. Basically I don't have the words to do the book justice. It is terribly profound. It is logical and oh, so simply deep. At first I found the writing as if I was being talked to like a child but I did have to realise the book was first written in the 1940s and I got used to the style along with realizing that I am a child, a child of God. As I said I do not have the words to do the book justice and that is how I felt throughout reading the whole book. His explanations of why there must be a God ... the God ... Our Father, are so simplistically logical that I was literally stunned and wished I could have thought of that myself. He goes on to describe the whole Christian religion, from the standpoint of an atheist who converted because it was the only sensible answer to his searching. As a Christian, Catholic, myself I didn't need the proof but I found it utterly enlightening the way he explained things so simply. He covers all the points most non-believers raise as he raised them himself on his journey and C.S. Lewis was one of our great modern thinkers. I could have read this book quickly but it took me a while to read as after I had read 1, sometimes 2, chapters I just had to stop because I wanted to remember, muse upon and discuss the next day with my coffee group, the way he had made me look at things from a different angle. This is "the" book to read for those looking, searching and trying to find God, even before you decide upon a denomination. Lewis even talks about this. The book is completely Christian without denominational influence. He was Church of England (Anglican/Episcopal) but he talks of how one should find their own denomination without bias. Now that I've read the book, this is one I'm going to keep by my bedside and read a chapter from now and then to learn his phraseology and allegory to help myself when speaking with non-believers. Truly a classic of the 20th century that should be read by all because even if the book doesn't convert you it will give you the true meaning of Christianity and let you know why these Christians you meet aren't perfect.