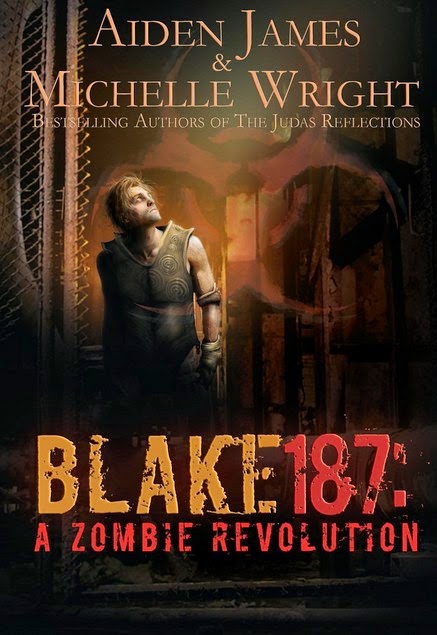 "By the twenty-seventh century, eons of war, disease, and climate change have diminished the earth’s population. Those who remain must struggle to survive.

Towns worldwide have sunk into coastal waters. Deadly viruses kill thousands each day, and a dangerous man with a bad past—Pye Peters—wields an iron grip on the ‘zones’ that have survived nature’s purge. Severance, Peters’ radical new order, likes it simple: Exploit the ‘breathers’, and use advanced medical techniques to revive the newly deceased.

Thousands are brought back from the dead, kept animated and docile by use of medication that prevents the typical rabidness of zombies. To ensure the changes take, these modern versions of the undead are forced into a harsh rehabilitation program. Blake 187 is one such rehabilitee."

Received an ecopy from the publisher.

This is an entirely different type of zombie book!  A unique and unusual approach that had me intrigued from the get-go.  Here the zombies are the good guys, they only have a small problem that if they don't get their meds they will go rabid and eat anything living in sight, but other than that, they are the poor, oppressed, downtrodden members of society.  In a dystopian future ruled by a maniacal despot who controls the world through the usual methods proven through history: with drugs, brainwashing, taking away hope, forbidding religion, controlling the right to arms, creating a depopulation and a procreation system devoid of any need for the family unit.  All of these have been used in the past and are used today, making such a reality possible. However, since this is science fiction other controls are in place such as the complete control of weather (and this doesn't mean hot & sunny, but bringing on earthquakes when the despot thinks it's necessary) and the Zombie program.  All dead bodies in preservable condition are taken to the program where they are revived through, science and medicine, into Zombies.  This is where Blake finds himself after he kills himself and the story continues as he makes a few friends who attempt to escape the terrible work compound they are forced to live on.  Then a survival story as our group, who meets new people, learns how to live on the Outside, learns horrifying truths about the political world they've escaped and meet up with people who kill, lie, betray and deceive as a way of life.  Yet there are always one or two, a person can trust and this small group vows to make changes and become part of the Zombie Revolution.  A good quick read, with an excellent, unique plot that kept me interested throughout.  I found the characters a little stale, the dialogue somewhat stiff,so I didn't connect with them on an emotional level, yet I enjoyed their adventure.  The ending is one where the reader can image that now they are set and their lives will continue on past the pages of this book,or it could all just be the set up for a sequel.
Labels: 2014 dystopia horror science fiction survival zombies