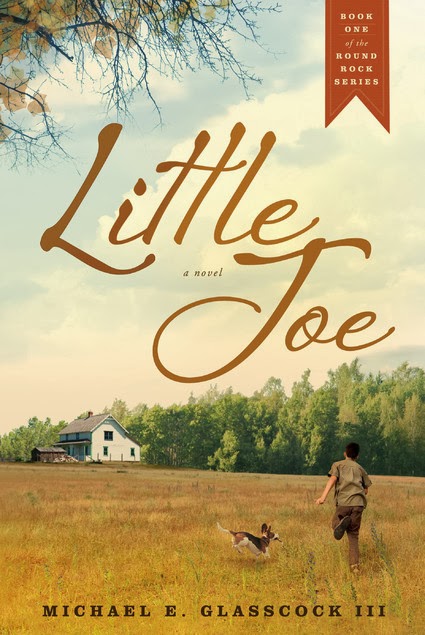 "A boy who has lost everything learns that love and friendship can bloom in the most unlikely of places.
--
When Little Joe Stout survives the car accident that took his parents’ lives, he is sent to live with his maternal grandparents in the small town of Round Rock, Tennessee. Orphaned and missing his Texas home, Little Joe is reluctant to adapt. But his grandparents, especially his grandmother, are up to the challenge of raising him despite their own struggles. Soon, childhood friendships are forged in the oddball duo of Sugar and Bobby, and—with the help of a new canine companion—Little Joe begins to see that his new home offers the comfort and love he thought was lost forever.

Set against the drama of World War II and the first sparks of the civil rights movement, Little Joe’s new home is a microcosm of America in the 1940s. A frightening incident with a Chinese motorist traveling on the wrong side of town, the migration of troops across the countryside, and a frank discussion of Jim Crow laws are just a few of the local events mirroring the radio broadcasts that bring the news of the day into his grandmother’s kitchen.."

Received an egalley through Netgalley.

This was a wonderful book and I was at the perfect time to be reading it.  I love these boyhood stories and haven't read WWII era for a while so I found Little Joe filling a void I didn't know I had. I just simply loved this tale.  It's a time of boyhood, growing up on the cusp of WWII on the homefront.  Living in the south at a time when Negroes were segregated and life wasn't fair.  The book deals with death a lot starting from the beginning when Joe and his parents are in a car crash and Joe is the only one who survives and that's a pretty close call, too.  Moving from Texas to live with his maternal grandparents in Tennessee, he has a lot of adjusting to do and over the next year he has a passel full of experiences that help him grow and mature into a different kind of boy than the one who first arrived.  To help reach that maturity and to join in all the hijinx and mayhem are two outsider friends his own age.  First, Sugar, a girl in his class who is more tomboy than decorum usually allows and then the neighbour's boy, Bobby, a "colored" boy his own age.  Joe learns about war, death, prejudice, poverty, white trash.  People and things that will try hard to pull you down and make it hard for you to get up in the world and most of all end up happy.  But he learns well  from the grandparents raising him.  The story follows a chronological timeline but at times has an episodic feel to it with some chapters being  a vignette rather than an event that impacts the continuity of the novel.  These all give wonderful glimpses into life of children during this era.  I loved every single character in this story; the three children, the grandparents and even the Sheriff.  I really look forward to the second book n this quartet that takes place in the same town, which I also already own.
Labels: 2013 coming of age historical fiction southern fiction WWII