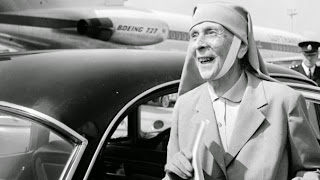 The Queen's Mother-in-Law (2012)
(aired on Canada TV as: The Other Queen Mother)
(watched on Channel 4oD)

A one hour TV documentary.  My friend called me up to say this was on TV but my husband was watching sports (as usual) so I looked for it online and watched it from the British Channel 4.  This is an absolutely fascinating biography of Prince Phillip's mother, Princess Alice of Battenberg.  It tells of Phillip's strange and unusual childhood and a story not well-known to many at all.  Princess Alice spent much time in mental institutions and ended up becoming a Catholic nun.  Absolutely fascinating story, tragic yet heart lifting and also adds a new dimension to the bumbling, stoic Prince Phillip we all think we know so well.
Labels: 2012 catholic mental illness movie reviews royalty