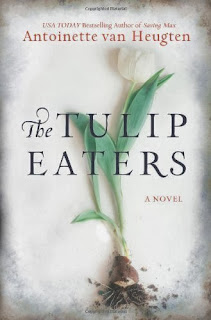 "In a riveting exploration of the power the past wields over the present, critically acclaimed author Antoinette van Heugten writes the story of a woman whose child's life hangs in the balance, forcing her to confront the roots of her family's troubled history in the dark days of World War II…

It's the stuff of nightmares: Nora de Jong returns home from work one ordinary day to find her mother has been murdered. Her infant daughter is missing. And the only clue is the body of an unknown man on the living-room floor, clutching a Luger in his cold, dead hand.

Frantic to find Rose, Nora puts aside her grief and frustration to start her own search. But the contents of a locked metal box she finds in her parents' attic leave her with as many questions as answers—and suggest the killer was not a stranger. Saving her daughter means delving deeper into her family's darkest history, leading Nora half a world away to Amsterdam, where her own unsettled past and memories of painful heartbreak rush back to haunt her.

As Nora feverishly pieces together the truth from an old family diary, she's drawn back to a city under Nazi occupation, where her mother's alliances may have long ago sealed her own–and Rose's—fate."

Received a review copy from the publicist.

I really enjoyed the author's first book, Saving Max, and was excited to read this, her second novel.  This is also a mystery but not in the same way as her first book.  The Tulip Eaters is historical fiction involving intrigue, kidnapping and family secrets.  The beginning of the book hooked me very quickly.  The opening sequences are thrilling and provide the beginning to an exciting story.  However, I found myself turning on and off with my enjoyment of the plot.  I had pretty much figured out exactly where the plot would go from the beginning and found that I was right, though there were moments when it seemed as if something different might be happening.  I also found the actions of the main characters to be just too unrealistic and over-the-top.  OK, we all know someone who rushes into everything without a thought, but every. single. character?  There are so many narrow escapes, trips over carpets, perfect timing, etc. that I found myself rolling my eyes way too many times.  I certainly appreciated the historical aspect of the story and that was my most favourite part of the book.  I did guess how the secret would come out in the end but I learned sooo much about the Netherlands during WWII, which is something I wasn't terribly knowledgeable about before.  This is a part of Canada's history also as Canadian soldiers played a large part in the liberation of Holland.  We also have a living remembrance of our sheltering members of the royal family during the war years, in which, Holland has continued to send Ottawa approx. 20,000 tulip bulbs every year since the end of WWII. 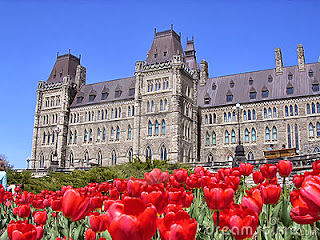