DNF. The Panopticon by Jenni Fagan 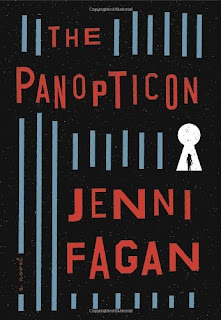 The Panopticon by Jenni Fagan

"Anais Hendricks, fifteen, is in the back of a police car. She is headed for the Panopticon, a home for chronic young offenders. She can't remember what’s happened, but across town a policewoman lies in a coma and Anais’s school uniform is covered in blood.  Raised in foster care from birth and moved through twenty-three placements before she even turned seven, Anais has been let down by just about every adult she has ever met. Now a counter-culture outlaw, she knows that she can only rely on herself. And yet despite the parade of horrors visited upon her early life, she greets the world with the witty, fierce insight of a survivor.

Anais finds a sense of belonging among the residents of the Panopticon – they form intense bonds, and she soon becomes part of an ad hoc family. Together, they struggle against the adults that keep them confined. When she looks up at the watchtower that looms over the residents though, Anais knows her fate: she is an anonymous part of an experiment, and she always was. Now it seems that the experiment is closing in.
Named one of the best books of the year by the Times Literary Supplement and the Scotsman, The Panopticon is an astonishingly haunting, remarkable debut novel. In language dazzling, energetic and pure, it introduces us to a heartbreaking young heroine and an incredibly assured and outstanding new voice in fiction."

I don't give reviews of DNFs; I just like to tell my readers why *I* couldn't finish the book.  I loved the plot; it sounded like something I would really like.  However as I started reading I was put off immediately.  There is one thing that I can't tolerate and that is narrators who swear constantly.  It feels like they are swearing at me; it's one thing for characters to swear at each other in dialogue but for a narrator ... no, not for me.  Anyway, as i read the language was extremely vulgar, with huge amounts of the f-word per page and not just your run of the mill bad language but the really coarse stuff.  I usually give a book a 50 page chance before DNF-ing it but I was so put off with the language I stopped at page 21 and randomly opened the book further on to see if things improved.  I scanned the one page  I opened up to and counted 11 f-words, okay, maybe I hit a bad page.  Tried again and this time on one page got 9 f-words.  Disgusted, I closed the book.  I have no opinion on the content of the book as I couldn't even tell what I read in those first pages.  If extreme language doesn't bother you then continue checking out reviews to decide if this book will be for you.
Labels: 2012 DNF realistic fiction