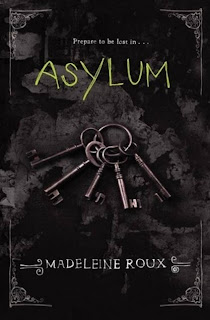 "Once you get in, there's no getting out.

For sixteen-year-old Dan Crawford, a summer program for gifted students is the chance of a lifetime. No one else at his high school gets his weird fascinations with history and science, but at the New Hampshire College Prep program, such quirks are all but required.

Dan arrives to find that the usual summer housing has been closed, forcing students to stay in the crumbling Brookline dorm—formerly a psychiatric hospital. As Dan and his new friends Abby and Jordan start exploring Brookline's twisty halls and hidden basement, they uncover disturbing secrets about what really went on here . . . secrets that link Dan and his friends to the asylum's dark past. Because it turns out Brookline was no ordinary psych ward. And there are some secrets that refuse to stay buried.

Featuring haunting found photographs from real asylums, this mind-bending reading experience blurs the lines between past and present, friendship and obsession, genius and insanity."

I was quite excited about this book: the plot and the photographs really appealed to me.  It didn't live up to my expectations, though.  The plot itself was good and is what kept me reading but the characters were unbelievable, especially when it came to dialogue.  The teens just didn't seem real; they bonded within hours, were having blow-ups within days.  They acted as if they had all grown-up in the same town together when in fact they had all just met.  The dialogue was weak; I didn't believe the teens would talk to each other that way; Jordan was snarky from the get go and the things that came out of police officer's mouths were hilariously unbelievable, in the real world.  So this put me off, not caring about any of the characters.  However, I did read the book to the end and didn't once think of putting it down as the plot was quite creepy and it isn't too often I come across a real horror story aimed at YA.  The horror works, this is not a book for under 14s and the photographs certainly add to the atmosphere.  This is a horror that falls into the paranormal subcategory and the ominous atmosphere kept me absorbed.  So, to conclude, cheesy dialogue and unbelievable situations put me off but a macabre plot kept me entertained.
Labels: 2013 horror paranormal YA