254. Manson: The Life and Times of Charles Manson by Jeff Guinn 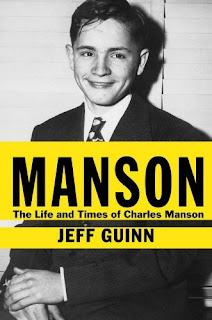 Manson: The Life and Times of Charles Manson by Jeff Guinn

"More than forty years ago Charles Manson and his mostly female commune killed nine people, among them the pregnant actress Sharon Tate. It was the culmination of a criminal career that author Jeff Guinn traces back to Manson’s childhood. Guinn interviewed Manson’s sister and cousin, neither of whom had ever previously cooperated with an author. Childhood friends, cellmates, and even some members of the Manson Family have provided new information about Manson’s life. Guinn has made discoveries about the night of the Tate murders, answering unresolved questions, such as why one person on the property where the murders occurred was spared.

Manson puts the killer in the context of his times, the turbulent late sixties, an era of race riots and street protests when authority in all its forms was under siege. Guinn shows us how Manson created and refined his message to fit the times, persuading confused young women (and a few men) that he had the solutions to their problems. At the same time he used them to pursue his long-standing musical ambitions, relocating to Los Angeles in search of a recording contract. His frustrated ambitions, combined with his bizarre race-war obsession, would have lethal consequences as he convinced his followers to commit heinous murders on successive. "

Received a review copy from the publisher, Simon & Schuster Canada.

I read Vincent Bugliosi's Helter Skelter back in the day but have to say my mind has become dim on the actual facts of the Manson case.  I've seen documentaries, clips of interviews with Manson; I remember the news when each of the girls were released from prison.  And I remember the murder, the Tate murder, but not the others.  This book brings everything about Charles Manson together in a cohesive story.  It's not just a story of the psychopath though, it is also a story of the era in which he was able to thrive.  It's a story about the sixties, flower children, gurus, Vietnam, Nixon, college riots, racial unrest and domestic terrorism.  I found this part of the book absolutely fascinating.  The part I found the most engrossing was his childhood story and then how he came to gather The Family together in the first place before the killings began.  Manson's delusions would be comical if they hadn't resulted in such vicious violence.  I also found Manson's Hollywood story, wanting to be a rock star, and especially his connection with Dennis Wilson (of the Beach Boys) fascinating.  This book does not glorify Manson at all, in fact, it does the opposite, always bringing the reader back to the victims, all nine of them.  The book is written in an easy to read, story-like narrative but is not exactly a page-turner.  Thus I would at times put it down and come back to it a few days later, but whenever I was reading I was engrossed.  The book does a great job of defining the whole era that Manson found himself in and also in de-celebritizing Manson and putting him where he belongs, just another sociopath, thankfully, in prison for life.