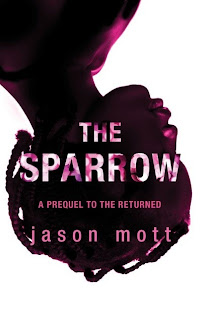 "In this short story by Jason Mott, author of The Returned, one determined couple seeks to reunite a young girl with the father who thought he had lost her forever...

When Heather and Matt Campbell find ten-year-old Tatiana Rusesa on the side of the highway, she is thousands of miles away from her village in Sierra Leone. She hasn't seen her family in almost two decades, not since she and her mother were killed by rebel soldiers. Now Tatiana has inexplicably returned, a lost orphan with no place to call home.

As the world dives deeper into uncertainty and chaos, Heather is determined to save Tatiana and help her find her way back to her family. But how much is she willing to lose to protect a girl she doesn't even know?"

The second prequel short story is even more compelling that the first one.  This time the focuses is on parental love and the child's love of parent.  Countering that is the effect on another couple in which the wife has a deep maternal instinct and the husband has no corresponding paternal ones.  The return of a little girl from war torn Sierra Leone of the 1990s brings closure, love and the end of guilt to one family and the realization of what is missing and eventually the end for another family.  A sweet, profound story, that this time did deal with some issues from a religious angle.  I loved it!  I can't recall if any of these characters are mentioned in the novel; I have a feeling it may have been the priest but it would have only been in passing.  I've pre-ordered the last story in this prequel trilogy and looking forward to it!
Labels: 2013 death paranormal short stories