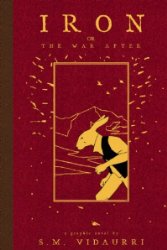 Publisher's Summary:   "It is the aftermath of a long war, in a world of constant winter. An intelligence spy from the Resistance—the rabbit, Hardin—steals secret information from a military base of the Regime. His actions set off a chain of events that reverberates through the ranks of both sides, touching everyone from Pavel the crow to Giles the goat, from the highest-ranking officials to the smallest orphaned child. When the snow finally settles, who will be the true patriot and who the true traitor?"


Acquired:  Received an egalley from the publisher through NetGalley


I'll start off by saying I didn't "get" this book.  Perhaps it went over my head or I just found the execution too confusing.  There are multiple characters and the point of view switches rapidly from one set of characters to another without any segue.  This makes it very difficult to get a handle on the story, especially when their are politics and spies involved.  It took me longer than comfortable to realise who was who. I found the story all over the place and rather unsettling.  It had communist overtones and was certainly presenting an all-out, no-matter-what, anti-war message.  Both of these are frightening.  The story didn't impress me.

On the other hand, the art was beautiful.  I was reading this on an ereader so it is hard to tell but I'm pretty sure the work was done in water colours, if not then probably inks.  The backgrounds are gorgeous washes and the colours are mainly blues and greys, with the white of winter snow.

The publisher recommends for 12+, which I am comfortable with, but there are some mild curse words, the theme is dark and people die.  This age range will depend on the individual child.