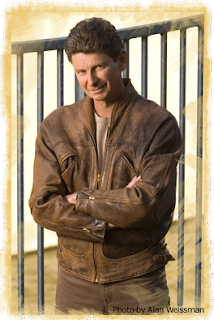 Award-nominated author Paul Levine has re-released his series Solomon vs Lord on Kindle.  This is a four book acclaimed series of thrillers featuring lawyers Steve Solomon and Victoria Lord. Originally published in the 2000's by Bantam. Books from this suspenseful and humorous series were nominated for the Edgar, Macavity, International Thriller and James Thurber awards. I've been hearing them compared to the old TV show "Moonlighting" and am very excited to give these books a try.  I currently have the first two books in the series.  Check these out!  Each one is under $5!

Trial lawyer Victoria Lord, who follows every rule, and Steve Solomon, who makes up his own, bicker and banter as they defend a beautiful young woman, accused of killing her wealthy, older husband.

Solomon and Lord come together – and fly apart – defending Victoria’s “Uncle Grif” on charges he killed a man with a speargun. It’s a case set in the Florida Keys with side trips to coral reefs and a nudist colony where all is more –and less – than it seems.

Just what did Steve Solomon do to infuriate ex-client and ex-con “Dr. Bill?” Did Solomon try to lose the case in which the TV shrink was charged in the death of a woman patient?

It starts with the kidnapping of a pair of trained dolphins and turns into a murder trial with Solomon and Lord on opposite sides after Victoria is appointed a special prosecutor, and fireworks follow!

Looks like a great series!  And I do wish more published authors would get the rights to their old backlists and make the books available again at affordable prices on ebook.

Visit Paul Levine's website to find out more about the Solomon vs Lord series, his current Jake Lassiter series and his standalone thrillers.
Labels: crime mystery