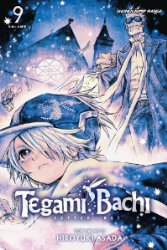 First sentence: "Number 13, Yasoumichi, Central Yuusari. The Beehive. This is the headquarters of the National Postal Service couriers, better known as the Letter Bees."

Publisher's Summary: "Lag’s hero, Gauche Suede, has returned to the Beehive–but not in the way Lag had hoped.While Gauche lies injured and unconscious, two mysterious government operatives show up to take him away, arousing the suspicions of the Beehive staff. What is the Amberground government trying to hide from the Letter Bees?"
Acquired: Received a review copy from Simon & Schuster Canada.

Plenty of action and plot movement in this volume as we finally return to the capital.  Two new characters are introduced who move things around in the government, firing someone and giving many of the Bees reassignments.  Reverse's plans to foil the government may have been delayed in the past but they are once again on track to bring them down.  Several characters from the past reappear in new places, both good and bad.  This is always fun.  Niche has an episode with her underpants once again which is a running joke and quite hilarious (one of the very few things that make this series T-rated).  Finally Lag's reassignment to the Dead Letter office takes him on an exciting sidestory as he sets out to deliver a large stack of refused mail to one address.  The sidestory was well-written and an entertaining diversion.  A good volume that makes one eager to continue with the series.
Labels: 2012 fantasy manga science fiction YA