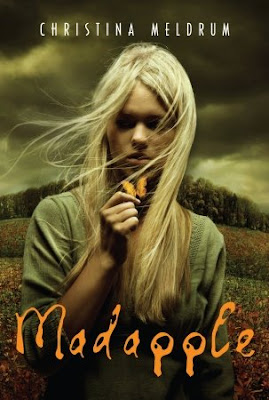 Reason for Reading: Received a review copy from Random House Canada. and qualifies for the YA challenge

Comments: Aslaug has been raised by her mother in near isolation in a rural area with only one nearby neighbour. They spend much of their time gathering plants and Aslaug knows the properties of every plant in the area. They eat what they forage, nuts, seeds, roots, grains and teas. Then Maren, Aslaug's mother dies and Aslaug finds relatives she knew nothing about and she moves from one kind of isolation to another. She learns the secret of her birth, her mother's insistence of her virgin birth and as each family secret is uncovered the reality becomes darker and more horrendous. As the book opens we find Aslaug on trial for a double homicide.

This is an immensely deep and powerful book. It reads as a modern dark fairy tale. There is an ethereal quality to the story which feels as if it comes from the same place as one's dreams or nightmares. Religion plays a big part from controversial topics and theology of the Essenes to the pagan beginnings of Christianity to waiting for the return of the Messiah. Darker topics of child abuse, rape and incest add to the potent force of the book.

I was hooked from the first chapter. The short court scenes that alternated with the lyrical narrative propelled my reading along and I found it very difficult to put down. This is quite unlike any book I've read before. I wonder if perhaps it's a bit deep for a YA book and would hesitate to recommend it for under 16s but otherwise highly recommended.

I'll leave you with one of my favourite passages:

And yet, the more Mother teaches me science, the more cracks I see, and the more cracks it seems Mother must see. Science describes the world; it doesn't explain it; it can describe the universe's formation, but it can't explain why such an event would have occurred, how something can come from nothing. That's the miracle.