The Family Upstairs by Lisa Jewell 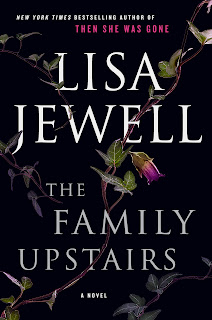 Not that great. The plot was good but I didn't like the way it was told. Five children who were separated after living in the same abusive home are trying to find each other. The book is told in three different POVss which we are just dropped into and it is confusing to know what is going on. Two of the POVs have names very similar, Lucy and Libby, which I found difficult to tell which was which until much further into the story. I couldn't get a rhythm going and found it a slow read. But I did enjoy the story. However, there was a promising plot point that was never brought to fruition. Overall about a 2 1/2 round up to 3 stars.