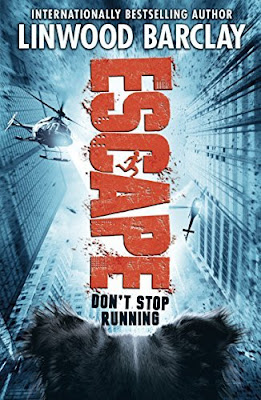 Escape by Linwood Barclay
My rating: 2 of 5 stars


I'm a huge fan of Barclay and I like reading children's books so I was excited to read his foray into children's literature. This is actually the second in a series but it stands alone very well. I have not read the first. In fact, it refers so much to the first book that I feel no need to actually read it at this point. I have to say I was terribly disappointed with this book. It is definitely written for a younger audience; I'd say the 7-11 age range. Twelve-year-olds will find it too immature even though the main character himself is twelve. An action-adventure which relies on plot rather than character it is wholly too far-fetched to be believable. It begins hitting the ground running and doesn't give up until the end. There is no downtime. An aptly named series as it's simply one big chase from start to finish.