That Was Then, This is Now by S.E. Hinton 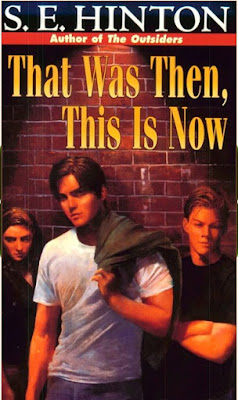 I read all of Hinton's books back in the late 70s when they were already being called classics. I remember ordering them from Scholastic at the time. This is the first time I've ever re-read one and I wondered what impact they would have on very grown-up me as compared to the impressionable early teen I was then. That Was Then, This is Now held up very well. At first, I was a little underwhelmed finding the story an average coming-of-age tale but eventually, things turn deeper and much darker It's relevant today and will only seem slightly dated as Hinton has the good wherewithal not to include much of the then current technology or pop-culture. It's a tough story with a dark unsatisfying ending reflecting real life rather than a storybook ending. I had real feelings for the characters and am glad it held up to my expectations.