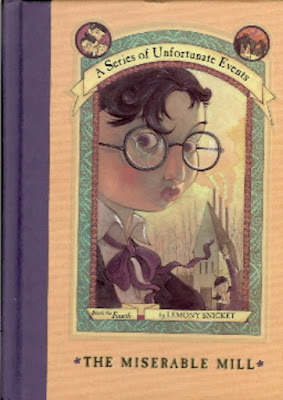 The Miserable Mill (A Series of Unfortunate Events #4) by Lemony Snicket
My rating: 4 of 5 stars


I've read the first three books in this series twice but never got around to reading more. Now that Neil Patrick Harris has the TV series of these books going I wanted to read this one so I could watch the first season. This is a typical book in the series following the same formula which the author actually makes fun of in the narrative. It was a little different though in that Count Olaff wasn't really in it much, coming in near the end. His overshadowing presence loomed throughout though and knowing that NHP is playing him in the TV series I couldn't help but picture him in the role. A quick read and as always, a fun series to read.