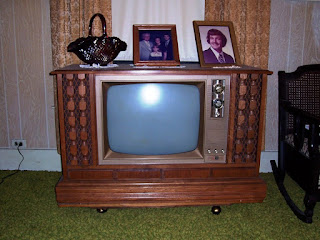 This is a running list for the year. The list will include the movie and indicate whether it is a re-watch otherwise, it can be assumed it was my first time watched. I mainly watch TV series though and am addicted to Season binging.

No rules here just a list with a bit of extra information. I will also probably note who I watched it with.

3. Inspector Morse Series 5 (1991) - 5 one-hour episodes - UK crime drama by ITV - I've seen every episode of this mostly more than once but never all in order before.

5. Criminal Minds Season 6 (2010) - CBS crime drama. A really annoying season seeing two cast members go and a new one added. I hate this new girl! She has no character and looks so much like JJ it's hard to tell them apart. Season finale brings some hope for the next season. The individual cases are just as good as ever.

8. The Loneliness of the Long Distance Runner (1962) An old b/w British movie based on the story of the same name by Alan Sillitoe which I read last year. Really fun to see actor John Thaw (Inspector Morse) as a young thug!

11. Avatar: The Last Airbender Season 1 (2003) - Nickelodeon animated series - I've ever only seen a few random episodes of this but always enjoyed it. I'm really enjoying this.

13. Hitchcock (2012) - Fox Pictures: Helen Mirren Anthony Hopkins; I read the book this was "based" on and the movie tells a completely different story. I've read a lot about Hitchcock and most of this is just glancing over the real truths behind the man. Very disappointing!

11. Inspector Morse Series 7 (1993) - UK crime drama by ITV - Only three hour-long episodes for this series but this year is Morse at top form.

12. Most Evil Season 3 (2008) - Investigation Discovery crime drama. Final season withDr. Michael Stone. Still enjoying this even if there is a lot of repeat.

13. Criminal Minds Season 7 (2011) - CBS crime drama. Thank God everybody is back and the team is together again with no newbies. Most episodes were according to form and what you expect with a couple of stellar episodes and a good season ending though it means one of the regulars is leaving again.

14. Inspector Morse Series 8 (1995-2000) - UK crime drama by ITV - Nott really a season but a series of movie-length episodes filmed yearly with a gap before the final one. These are the best episodes of the whole show with fantastic dialogue and production value. Probably because they had a whole year to focus on one "episode". The final episode is really sad and is the only one I had never seen before.

24. Most Evil Men and Women in the World

31. Secrets of the Underground S1