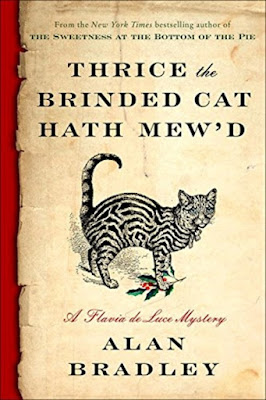 by Alan Bradley
My rating: 3 of 5 stars


I'll state upfront that while I love this series this book was not one of the better ones for me. It's all totally quaint and I love Flavia's attitude. She had some great lines of dialogue! But the mystery wasn't very exciting. Halfway through I thought it was the most boring in the series I had ever read; there's only one murder. In the middle, though, things started to get interesting as a tangled web started to unravel. The culprit was totally a surprise for me and I'd never have guessed who it turned out to be. Probably my least favourite in the series but good enough that I read it quickly and enjoyed the familiar characters.