In Such Good Company: Eleven Years of Laughter, Mayhem, and Fun in the Sandbox by Carol Burnett 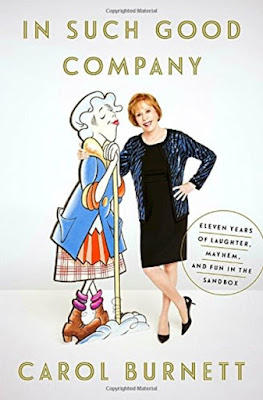 In Such Good Company: Eleven Years of Laughter, Mayhem, and Fun in the Sandbox

by Carol Burnett
My rating: 4 of 5 stars


If you grew up watching The Carol Burnett Show you'll love this walk down memory lane. Carol takes us behind the scenes and talks about the experiences she had doing the show. She tells about the regulars: Vicki, Tim, Harvey and Lyle. She goes on to reminisce about many, many guest stars. She talks about the sketches and musical numbers, the mistakes, the bloopers, and even includes scripts for some of the movie take-offs they did. There is no cohesive narrative but rather the book is a series of vignettes grouped by subject. I saw the show in syndication which only aired the comedy sketches so I found those parts more interesting than the info on the musical numbers. But I just loved all the stories about the guests which included so many stars from the silver screen and golden age of television.