Double You by Shane Peacock 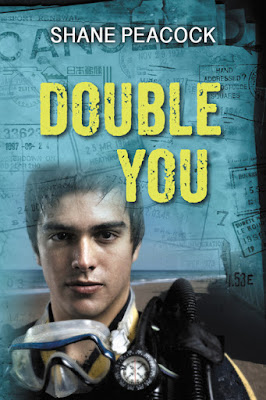 by Shane Peacock
My rating: 5 of 5 stars


I really enjoyed "The Seven Series" and this is my first book in the follow up "Sequel" series. Shane Peacock is one of my favourite Canadian YA authors and this book was no exception. I enjoyed it even more than the first book, "The Last Message". Shane writes a lot of mysteries and this is his first spy thriller in which he has excelled. This book concerns the one American cousin of the seven boys. He was the black sheep in the first book but now he's discovered his true self since those events. This is an action-packed spy story with a James Bond theme and centres around the famous British literary spies Fleming, Greene, Le Carre, etc. It also features the story of the famous Canadian spy, The Man They Called Intrepid, William Stephenson. A roller coaster ride of a book that even includes a Bond girl, Angel Dahl.