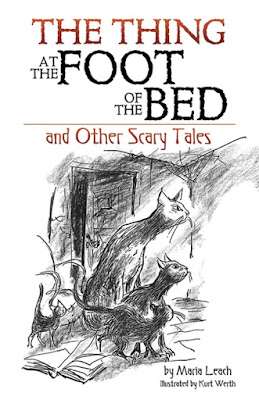 by Maria Leach
Illus. by Kurt Werth
My rating: 5 of 5 stars


I had this book as a kid and loved it. when I saw that Dover had republished it I just *had* to read it again. It is a collection of ghost stories from around the world, though mostly English, Canadian Maritime and African-American in origin. And not just stories (which are usually only a few paragraphs long) but there is poetry, games, songs and even a Newfoundland sea shanty. The tales are written in a story-tellers voice and meant to be told aloud, some even have instructions for the storyteller. A lot of the stories are humorous and this is reflected in Kurt Werth's wonderful comic illustrations. Maria Leach was born in the USA of Nova Scotian parents but then retired to Nova Scotia herself in the fifties when she began to write.


edition I owned as a kid 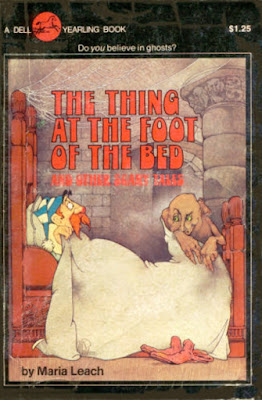