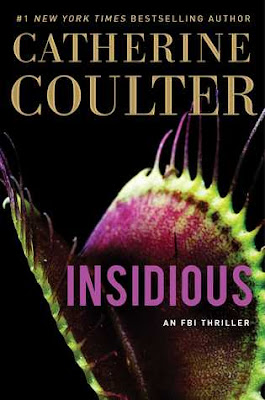 by Catherine Coulter
My rating: 3 of 5 stars

I knew this book was part of a series when I chose it but I didn't realise it was book #20! That had me a little worried as I hadn't read the author before and starting a series at the end hardly ever works out. However, I was wrong to worry. For a mystery/thriller, this has a unique style, something more common to TV shows than books. The book contains two distinct and separate cases involving different Agents with only very minimal contact as the lower-ranked Agent occasionally checks in with her boss (who is working the other case). One of the cases is a serial killer thriller and the other is a cosy; someone trying to poison the matriarch of a rich corporate family. The cosy mystery takes place in Washington and was decent and moved along at a slow pace, but had plenty of drama and an ending that kept you guessing who the culprit was. But I really did hate it interrupting the serial killer case as that was much more my style and very fast-paced reading. Taking place in Los Angeles, this was about a killer who went after rising young starlets by quickly slitting their throats then stealing their cell phones and laptops. The solutions of both were a little over-the-top from reality but honestly, that didn't stop them being fun, though there did seem to be some floating threads missing from the conclusions. Overall, I'd like to visit this series again, only starting from the beginning!